C3 is the complement component with the highest content in serum, which is mainly synthesized by macrophages and liver. Under the action of C3 convertase, it is cleaved into 2 fragments: C3a and C3b, which play an important role in both classical complement activation pathway and bypass activation pathway.

What is C3 Complement Test?

Used for in vitro quantitative determination of complement 3 in human serum samples, as an auxiliary diagnostic application.

Increase of serum complement 3: seen in a variety of inflammation, tumor, with the increase of acute response protein complement synthesis.

Clinical significance of Complement 4 Blood Test: During the active stage of the disease, the level of C4 decreased significantly, especially for SLE, which decreased earlier than other complement components and rose later than other components. In both lupus nephritis and non-lupus nephritis, C4 is reduced in the former and normal in most of the latter. In addition, it is also seen in insulin-dependent diabetes mellitus, multiple sclerosis, rheumatoid arthritis, benign recurrent hematuria, IgA nephropathy, Henoch-Schonlein purpura, subacute sclerotic panencephalitis, IgA genetic deficiency, leprosy and other diseases. 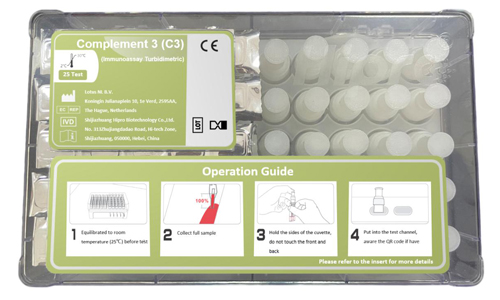 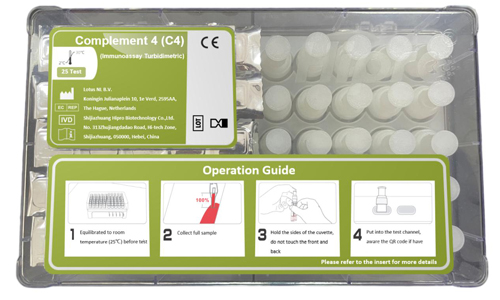